What’s the Big Deal About Job Hopping and Why Should it Matter to High School Students?

From all the employment data provided by the Department of Labor, many researchers are focusing on adults in the job market. But what does that same data suggest about the coming work life years for high school students?

We looked at the data from the perspective of being a “guardian” for those that will be in the workforce within the next 5 years. Our insights:

Gen Y has caught a lot of flack for job hopping and for having a bad case of employee disloyalty. Baby Boomer and Gen X managers claim it’s impossible to find good hires from amidst this young generation even with a shortage of jobs and a surplus of job seekers. There might be a lot of truth behind these claims. 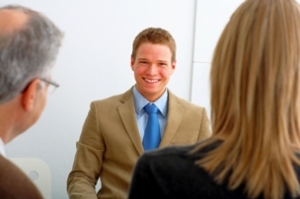 Lesson for students: Want to earn more, have greater job satisfaction and be more successful? Do the work necessary to properly investigate career choices and do the work to set yourself up for success…now. No employer or manager will be looking out for your career.

The U.S. Dept. of Labor estimates that today’s young adults will have between 10-14 jobs before they are 38! Currently 1 in 4 workers have been with their current employer for less than a year; 1 in 2 workers have been there less than 5 years. That has to be depressing for those caught in the job hopping cycle.

Lesson for students: What an opportunity to jump ahead of others! Employers reward dedication, commitment and longevity – when combined with performance. If you are in the right career, doing what you are passionate about and stay with one employer for more than 4 years, you’ll be way ahead of those that keep job hopping.

The Late Boomers haven’t learned either. Between ages 18 and 44, the Late Boomers have had an average of 11 employers, which translates into a job change every 2.4 years! How do you get excited about your work when you’re packing up and leaving every couple of years?

Job hopping was even worse among Late Boomer men without a high school diploma. They held an average of 13.3 jobs, while men with at least a bachelor’s degree still had 11 jobs. In the case of women, uneducated ones, in fact, had fewer jobs (9.7) than their degreed counterparts (11.7 jobs).

During the time of life (ages of 18-22) when most people move between school and summer jobs, the Late Boomers held an average of 4.4 jobs. However, they kept moving even at more mature ages: they had 2.6 jobs between ages 28-32, and at ages 39-44 they still held an average of 2 jobs. Among the jobs that 39- to 44-year-olds started, one-third ended in less than a year. OUCH!

Job hopping isn’t simply a Gen Y problem, and any explanation that sites only the character and upbringing of young workers for perceived disloyalty doesn’t match up with the picture painted by the data.

Lesson for students: Don’t let the world choose your path. Be in control. Do the work to set yourself up for success. That starts with true career exploration work. If you don’t have the support you need from your school, go here.

About the Author: Carl Nielson is an executive coach, organizational development consultant and career coach. He developed the program, Career Coaching for Students™ for high school students in 2005 which happens to align with 100% of recently published GWU Freshman Transition Initiative guidelines. A college version was just released in June of 2010.