Fear of Failure, Success, the Unknown: Which One Controls You? 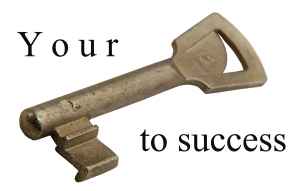 Fear of Failure. Fear of Success. Fear of the Unknown. Any of these can be the handcuffs for teens looking at the future and wondering what it holds. What career direction should I pursue? What educational strategy is best for me? What college should I choose? Any of these questions can play an invisible role in hindering pursuit of our potential.

High school academics doesn’t reveal much when it comes to identifying those that have a fear that hinders their success. A student can excel in academics, even be labeled “most likely to succeed” by their class mates. Yet, we see many of these enter college, change majors multiple times and procrastinate as they approach college graduations.

Teens that are academically performing at a level lower than their potential may also be challenged with fear. Today’s educational system allows just about anyone to excel if they have the ambition. Most students are very bright and capable regardless of their academic standing. If they missed developing the foundation for success in reading, writing, math, it is harder to show academic excellence but that does not change the fact that they are likely very bright.

If fear is playing a role in limiting a person future, it is helpful to understand which fear it might be. Fear of success, fear of failure and fear of the unknown are reviewed in this article. A few strategies are also offered for conquering the fear.

Fear of failure is related to fear of criticsim and rejection. Successful people see failure as simple feedback and nothing more. Unsuccessful people or those not moving forward look at mistakes as permanent and personal.

Most people self-limit themselves. They don’t achieve a fraction of what they are capable of achieving because they fear they will fail.

Fear of success can be just as paralyzing as fear of failure. Many people fear success because it tests their limits and makes them vulnerable to new situations. Even worse, success can expose weaknesses and force people to deal with their flaws.   Success is scary because it involves change.

For people with a fear of success, the internal feelings when thinking about the possibility of success are very close to what is felt when we are failing at something. Success can be intimidating and hard to handle. With success comes more challenges and responsibilities – and that can be threatening.

There is another condition that feeds the fear of success. Many of us have been conditioned to believe that the road to success involves risks such as “getting one’s hopes up” – which threatens to lead to disappointment. And many of us-especially if we’ve been subject to verbal abuse-have been told we were losers our whole lives, in one way or another. We have internalized that feedback and feel that we don’t deserve success. Even those of us who were not abused or otherwise traumatized often associate success with uncomfortable things such as competition.  Take a simple Fear of Success quiz.

Fear of the Unknown

Fear of the unknown is a common phenomenon with young people, when they don’t wish to accept or pursue anything unfamiliar. There is a certain safety radar in our body that keeps us alarmed of the various dangers that come into our life.  These safety limits are learned during our growing years as a child.

While as a child we were often restricted by our parents or taught to fear unusual situations. We then become apprehensive about meeting anything new and foreign. This fear, in a way, restricts an individual into a particular fenced area of the “known”, depriving him from the excitement of meeting the future with enthusiasm.

If allowed to persist, the fear can ultimately lead to a very restricted lifestyle, devoid of the various essences in life. They know what they should be doing, but they can’t take action because they think there is a risk involved with this big life transition.

Yes, you will be leaving your well known life and begin to embrace a totally new lifestyle. But, here’s something that’s worth thinking about: Aren’t you already in trouble? What urged you to search for your true passion? Aren’t you hungry for a meaning in your life? Aren’t you already feeling the fear of being lost and wandering aimlessly through life lacking a real purpose? Are you happy with the idea of doing work that has no meaning and wasting your precious time doing something that doesn’t really matter to you?

So what can you do?

If you think you have a fear of failure, start looking at life with a new paradigm: there is no failure, only feedback. The only way we learn is through trial and error experience. The only way you have learned anything is through mistakes. The only way to be successful is to learn (fail).

To overcome the fear of failure, first take action. Bold, decisive action.  Fear of failure immobilizes you. To overcome this fear, you must act. When you act, act boldly.   Action gives you the power to change the circumstances or the situation. You must overcome the inertia by doing something. What would you do if you knew you could not fail? As the Nike commercial says, just do it. If it doesn’t work out the way you want, then do something else. But DO SOMETHING NOW. Second, be persistant. Successful people just don’t give up. They keep trying different approaches to achieving their outcomes until they finally get the results they want. Third, don’t take failure personally. Failure is about behavior, outcomes, and results. Failure is not a personality characteristic. Fourth, do things differently. If what you are doing isn’t working, do something else. There is an old saying, “if you always do what you’ve always done, you’ll always get what you always got.” If you’re not getting the results you want, then you must do something different. And finally, look for possible opportunities that result from the experience. Napoleon Hill, author of Think and Grow Rich, says “every adversity, every failure and every heartache carries with it the seed of an equivalent or a greater benefit.” Look for the opportunity and the benefit.

If you think you have a fear of success, first differentiate between feelings of excitement (positive) and a “trauma reaction.” Think of a time in your past when you were very successful. Recall your body’s physical response. Perhaps your heart rate was up. What other physical responses can you recall? Now think of a time when you failed and the failure was a public embarrassment. What was your body’s physical response? What we’ve found is that failure (stress) and success (excitement) produce similar physical reactions in our body. So differentiate your feelings of success as positive, not negative.

Second, look for actions or behaviors that are self-sabotaging. For example, partying or watching TV the night before the big exam or presentation at school, or you somehow always ruin the opportunity for a good night’s sleep. Third, stop procrastinating. Putting projects, assignments, or duties off while you take care of non-essential fluff or “make-work” chores can be a sign of fear of success. If you putter around instead of taking care of business, you may be subconsciously sabotaging yourself.

Fourth,  stop talking about it and start doing. Sometimes certain behaviors look like laziness, but they reveal a fear of success. For instance, you may talk about your life dreams and goals all the time, but you watch TV every night and surf the Internet for hours every day. You never actually take practical steps or exert self-discipline to move in the direction of your goals.

And last, stop creating negative, pessimistic talk. Fear of success can involve an extremely negative perspective of life. “What’s the point of dressing up for the job interview? I probably won’t get it anyway.” Not trying – and focusing on all the things that can go wrong – is self-sabotaging behavior.

If you think you have a fear of the unknown, first know this type of fear is not that fatal to an individual, yet it should definitely be remedied in order to enjoy a healthy life. For that, first of all, we have to turn the unfamiliar into the familiar.

This can be successfully achieved through meditation and by playing upon our imagination. Our mind does not care for any restriction. Neither does our imagination. Our thoughts and imagination, if applied, can definitely solve much of the problem of the fear of the unknown. As Steve Jobs says, “You’re already naked, so there is no reason why you don’t follow your heart”.

Take the first step and beat your fears. There is nothing to lose and everything to gain.

Carl Nielson is a professional career coach, creator of Career Coaching for Students™ and managing principal of The Nielson Group, a management consulting firm specializing in hiring and selection, team effectiveness and executive coaching.